Dreams do come true! This paleo grapefruit pistachio ambrosia salad is a healthier version of the classic ambrosia fruit salad. Made with homemade marshmallows, juicy Winter Sweetz grapefruit, crunchy pistachios, and coconut whip, this is a perfect dairy-free and refined-sugar free dessert! 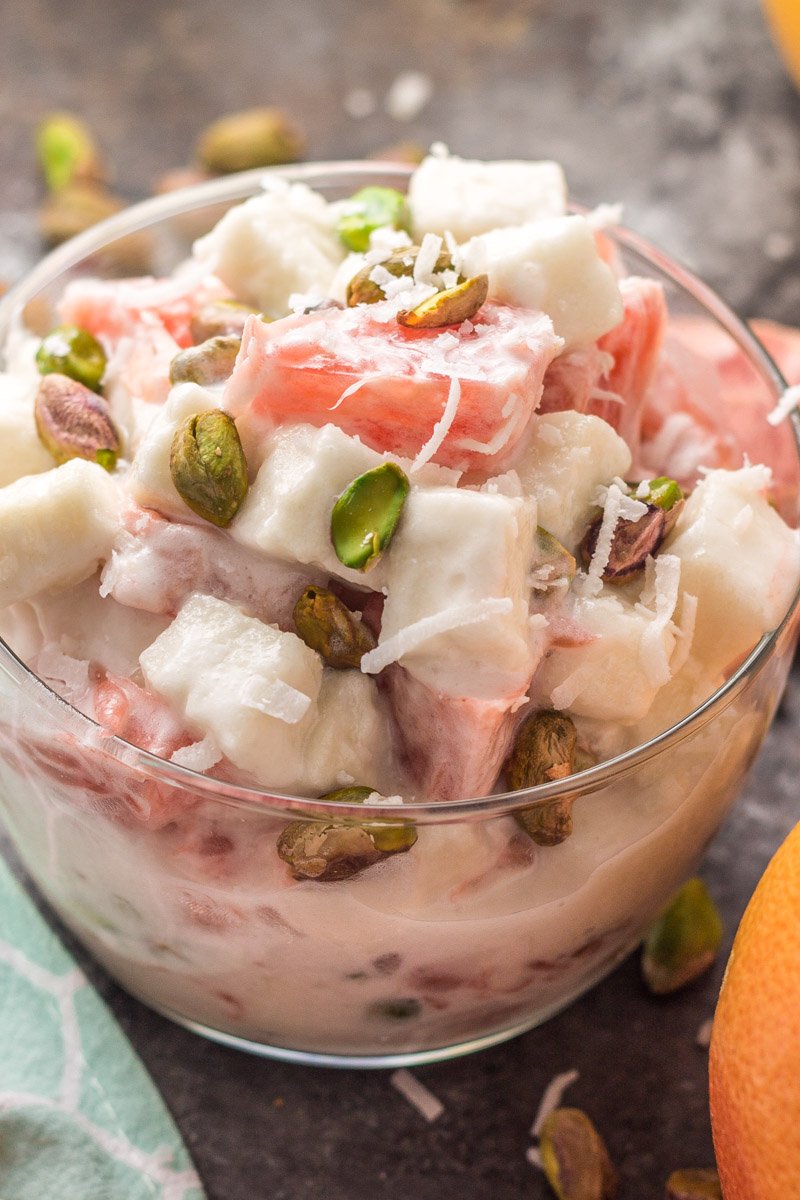 This post is sponsored by the awesome people at Winter Sweetz Texas Red Grapefruits. As always, all opinions are 100% my own. Thanks for supporting Physical Kitchness!

It’s here. One of the most requested recipes I receive is finally here.

I know what you’re thinking, “THAT is the recipe everyone wants?” The answer is “YUP”. The amount of people that message me asking for a healthy version of fruit ambrosia salad (or some say, “that yummy cool-whip/marshmallow/fruit dessert”) is kind of astounding.

I’ve also get inundated with requests for healthy s’mores recipe in the summer. You guys, I’m a paleo food blogger, not a magician. 😉

However, I never thought a healthier version of ambrosia salad was possible. But I made it possible with this paleo grapefruit pistachio ambrosia salad. So maybe I have a little magician in me…? 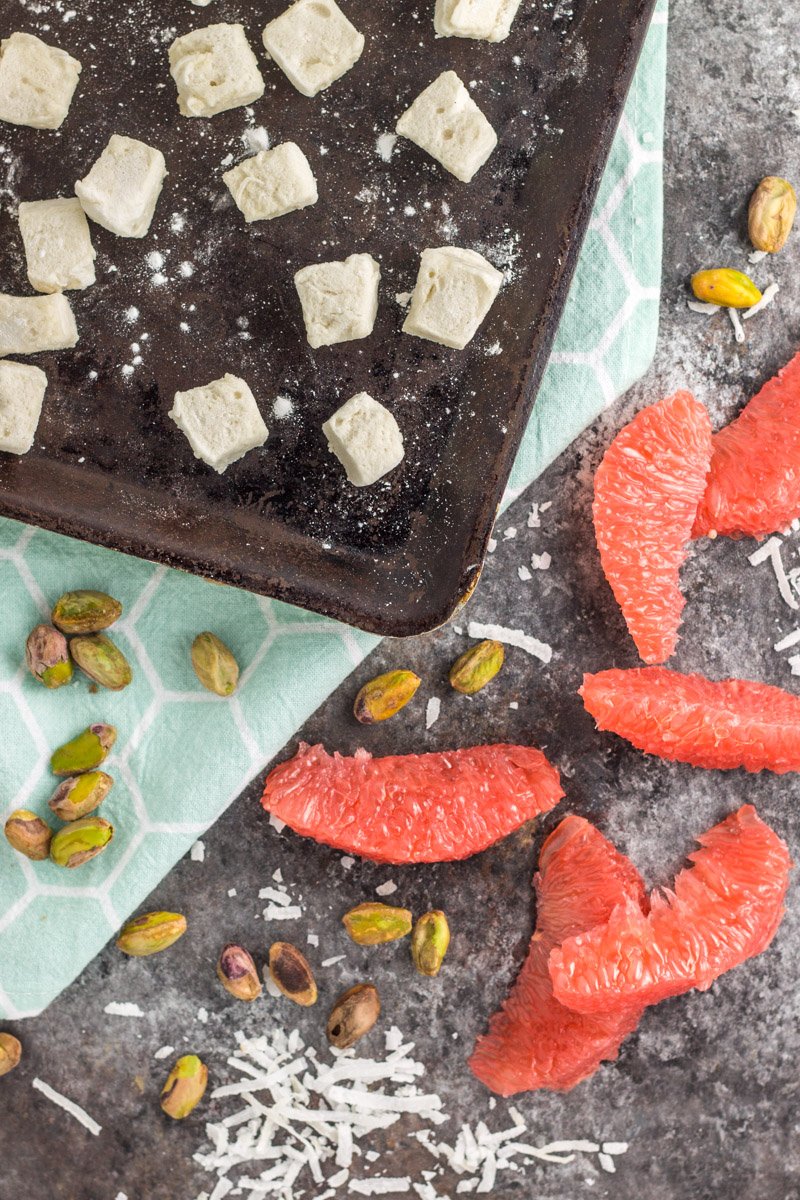 Not gonna lie, after what felt like was the MOST impossible task of potty-training our three-year-old actually happened, I kind of felt like I could do anything. Seriously, he’s FULLY potty-trained. It’s a miracle. I don’t even have the words to express.

Those friendly Texans over at Winter Sweetz must have known this delightful news when they sent me a few delicious bags of their red grapefruits to incorporate into some new recipes. A bag of celebratory, red, juicy, goodness! Did you know that their grapefruits get sweeter as the season rolls on (October – April)? Perfect for healthy holiday entertaining!

And now that I have a child out of diapers, I can afford tons and tons of grapefruits. And lattes. And pedicures. It’s amazing guys. Seriously so freeing. (insert hand praise emoji). 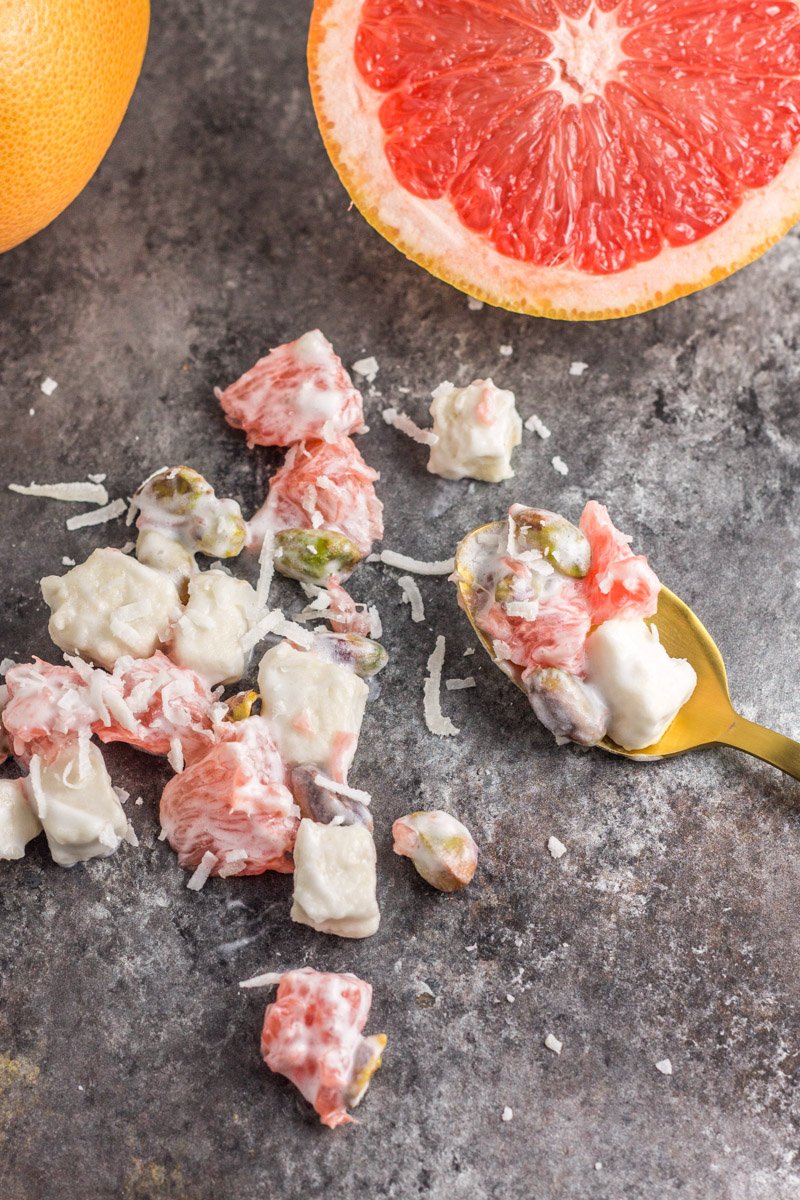 So I guess if I can conquer the potty-training thing, I could certainly conquer a paleo ambrosia fruit salad. Pffff, piece of cake. Or marshmallow. Speaking of marshmallows, these homemade marshmallows folded into the grapefruit pistachio ambrosia salad are made with just a few simple ingredients, sweetened with all-natural honey! No refined sugar necessary. 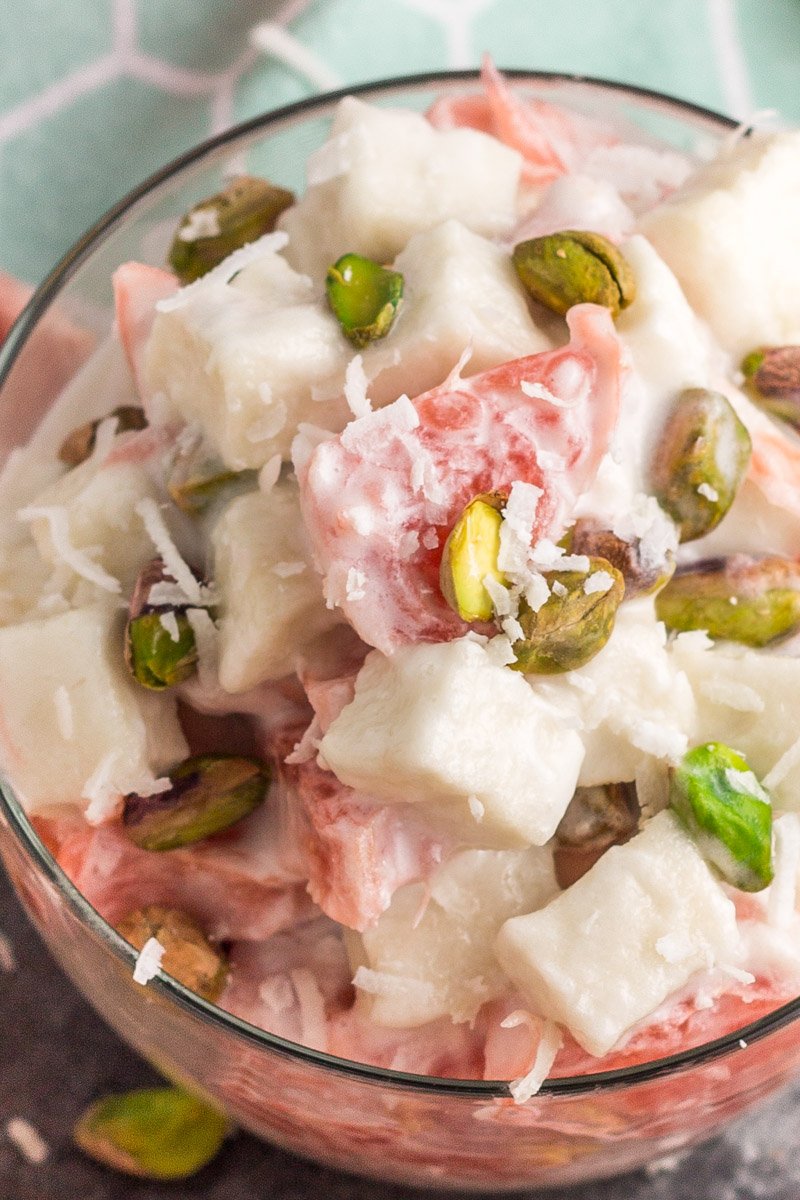 Whipped full-fat coconut cream substitutes for traditional cool-whip topping in this paleo version of a classic dessert everyone loves. And using perfectly segmented Winter Sweetz grapefruits gives the best sweet flavor without a hint of bitterness due segmenting the grapefruit provides the best grapefruit experience EVER. Check out this video for more information.

Serve this paleo grapefruit pistachio ambrosia salad with this potato and fennel baked chicken casserole and a side of lemon butter sautéed kale with garlic for the most perfectly balanced paleo meal to ever hit your dinner table! 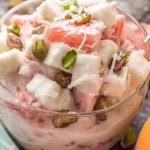